I adore Noureen DeWulf. The woman is just absolutely beautiful. While I was a little disappointed by “Anger Management” (it was a little too ‘traditional sitcom’ for me), I loved Noureen’s performance on the show and she was a big part of the reason I kept tuning in. Here at Redondo Beach, Noureen is looking absolutely incredible. Her body is just ridiculous and she looks like she’s having a pleasant day at the beach. While the show itself was somewhat mediocre, I do look forward to “Anger Management” coming back for another season just so I can see her on my television screen every week again. And hey, it’s not like “Anger Management” is a bad show. It offers a few good laughs every episode and I do like the performances from the entire cast. I was just expecting something a little less traditional out of a show on FX. Let’s not forget, this is the network that brings us “It’s Always Sunny in Philadelphia”, “Sons of Anarchy” and “American Horror Story”. Perhaps for season two, they can step things up a bit and do the network proud. I’ll be happy as long as Naureen continues to play a role though. I would probably tune into anything to see this beautiful woman. 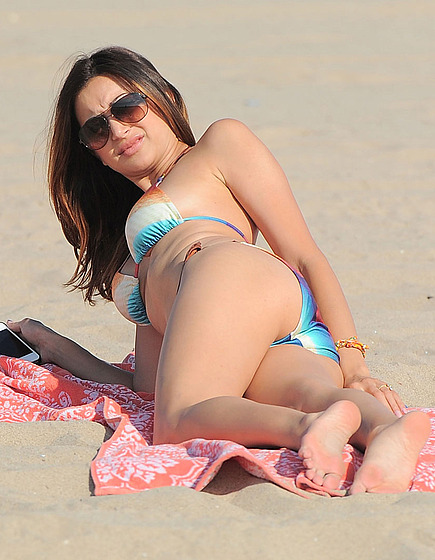