I’ve never seen ‘The O.C.’ but I remember what a huge fuss everyone was making about it when it was on the air – particularly young Mischa Barton. So… what happened with all that? Sure she’s had a few problems, but what happened to all that love? I really like Mischa. I’m not sure what it is about her I like. I saw her in ‘Homecoming’ and ‘The Beautiful Life’ and thought she was pretty good. More than that I like that she isn’t completely caught up with being Hollywood. Has that hurt her career? Probably not as much as her problems off camera, but I’m sure it has played some role in it. Regardless, I love her and I love these pictures. She has a sort of vulnerability about her that I think it really sweet. I hope she pulls herself together and gets her career back on track. With six projects in the works right now, it looks like she’s on her way to doing just that. 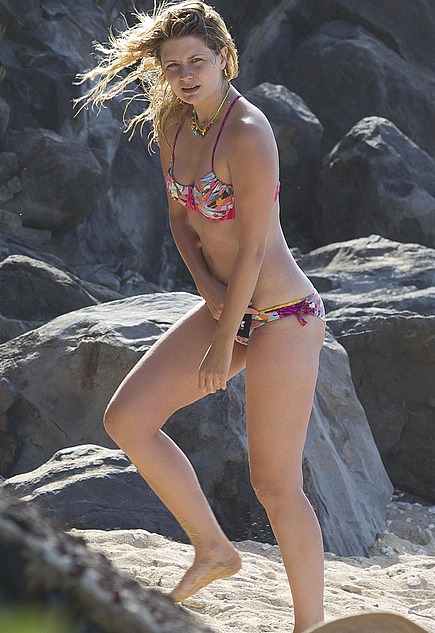