British singer Lily Allen is daring enough in her braless performance lately in Sweden. If you guys know the song Fuck You, then you definitely know Lily Allen. The song is about the British National Party that turns out to be about George W. Bush. While doing a great performance on stage, without the knowledge of everybody, Lily is suffering a back injury, which turns her into tear in some of her performance, and eventually resulted into cancellation to some of her gigs including her supposed to be performance at the Benicassim festival in Spain. Hopefully Lily will have a fast recovery on this. 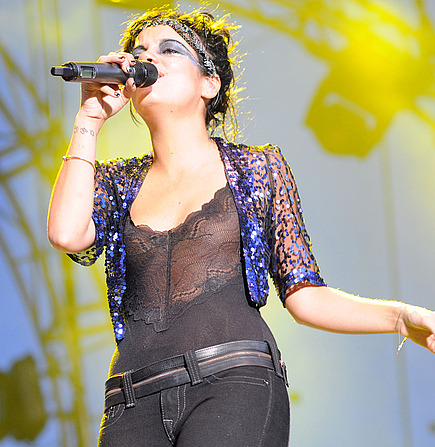