Ophelie Winter, 34, is a French actress and singer, who loves sunbathing in her bikini. Her busty front almost popped out of her tiny bikini top. Winter was tailed at Miami beach and we get these great snaps. Winter has sun tossed hair and a savvy bikini babe figure to die for. While she baked in the rays, her hair became bleached. This Winter beauty looked simmering hot in spring. Winter was in Miami for her break, before she returned to Paris, where she was based for her work. 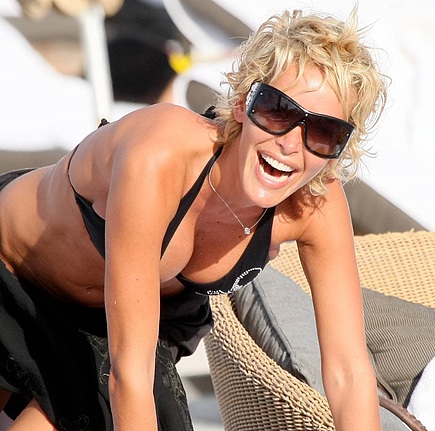