At the sets of the ‘Soul Surfer’ the duo, Lorraine Nicholson and Anna Sophia was seen showing off skin on Wednesday as the filming continued in Oahu, Hawaii. The movie is based on a real life story incident faced by Bethany Hamilton who was attacked by a tiger shark when she was 13. Both Lorraine and Anna Sophia were spotted recently at a shop at the beach called the Sea maids. They were both in sparkling outfits with Anna in sexy looking ‘One & only YC’ shorts. They will be soon be joined by country singer Carry Underwood in the movie. 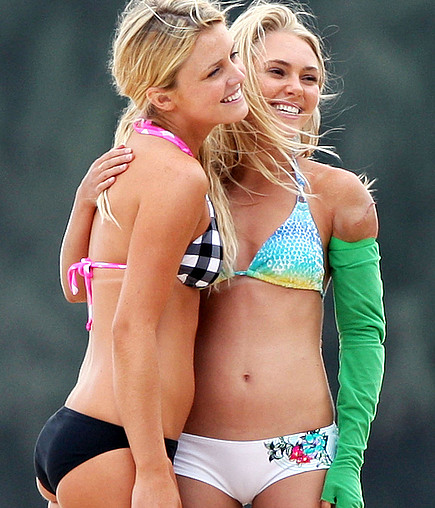