Gorgeous Brooklyn Decker Gets Some Sun In Sydney

I have to admit that as much as I love Brooklyn Decker, Rihanna and some of the other folks set to make appearances in the upcoming film “Battleship” there is nothing in this world that could make me want to pay money to see the film. It looks terrible. Of course, that’s just one person’s opinion. I’m sure there are lots of people out there who will go see it, will love it and will buy it when it comes out on DVD. I’m just not one of those people. Anyway, that’s all beside the point, I suppose. Let’s talk about Brooklyn Decker in a bikini in Sydney. This woman is so beautiful. I love the fact that she’s really not paying any attention to the cameras snapping away and is instead just enjoying her time in the sun. 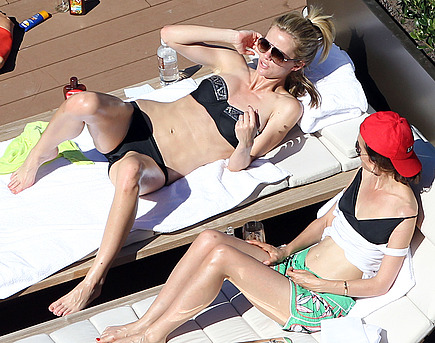