Amelle Berrabah was spotted frolicking at the Barbados beaches. Alongside, you’ll find Jade Ewen too. While the Sugababes are making some head turns otherwise considering they have a band full of new members, here’s the only time they probably get to rest. So, here’s a beach holiday, replete with smiles, fun, water sports, and all you need to stay away from the rut. Well, you do get photographed randomly but that’s a small price to pay when it comes to dealing with all that the media says and all that’s been discussed by longstanding Sugababes fans. Here’s a much needed break for Amelle Berrabah especially since she had just checked in for nervous exhaustion. 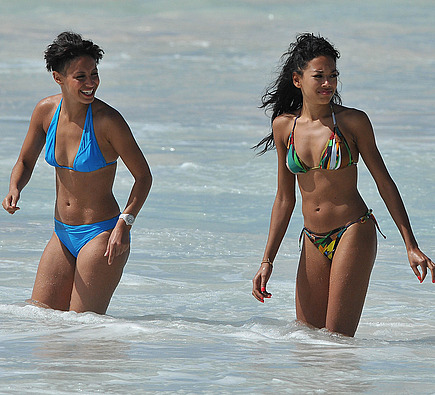