Gimme some skin! This is seems to be the director’s instruction as French-Canadian model Jessian Gravel Beland pose for this partly erotic photo shoot. The sexy curves of the model are clearly shown, while some of the headdresses are a bit off, but match with the outfit well enough though. Jessian looks so lovely in all her black outfits from head to toe. Just any other models, Jessian has already appeared in some magazines including Canadian magazine Flare, French Magazine Elle Girl, and German Magazine Dutch. In addition, Jessian has already into numerous ready to wear fashion shows modeling various renowned and prestigious designers. 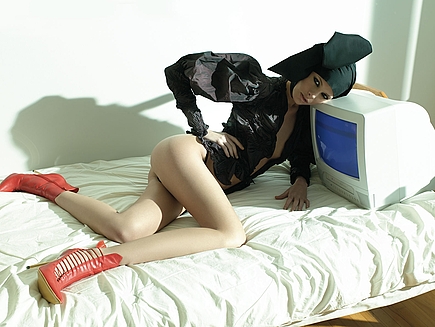