So her ‘people’ have come forward and said the boob shots originally with this set of pictures isn’t Christina but to be honest, I like these pictures far more than the bare breasted ones. Christina Hendricks is one of my favorite television actresses and seeing private photos of her with barely any makeup in the most casual of settings only makes me like her more. This woman is a natural beauty. With that said, I’m a little tired of people hacking celebrity cell phones and leaking the pictures online. It’s such an invasion of privacy. So why am I writing about them? Well, aside from the fact that its my job to write about the pictures I’m given, these pictures are already out there. Does that make me any better than anyone else publishing them? Nope. Not in the least but that’s what helps me sleep at night so there it is. 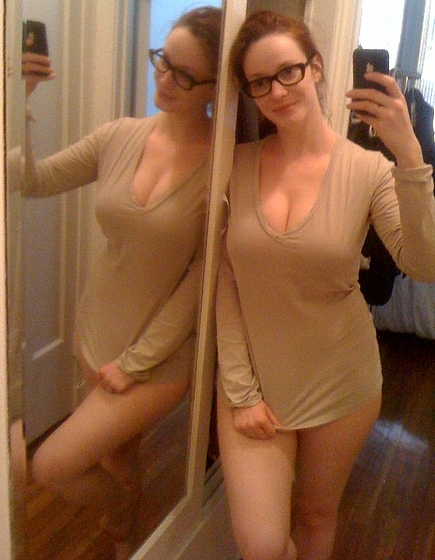