Mariah is all dressed up in black skimpy dress that shows her bareback and big butt in New York as she films the music video of her single Obsessed. The photos shows the handful Mariah with shopping bags big and small. Seeing these photos, it made me think that she is obsessed with shopping. Anyway, Mariah’s “Obsessed” song is a single for her upcoming album Memoirs of an Imperfect Angel. The album has an scheduled release date on August 25. You must watch out of the lyrics because though Mariah did not admit it, it is obvious that the song is a response on Eminem’s Bagpipes from Baghdad. 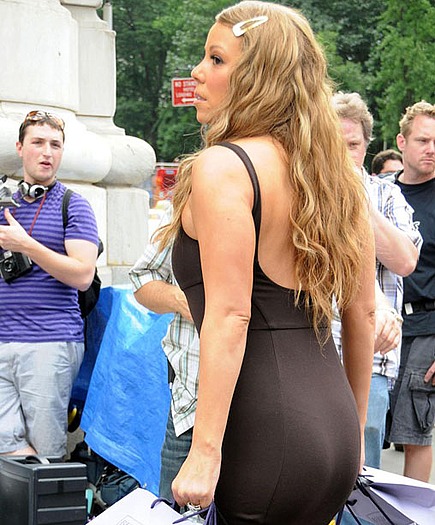